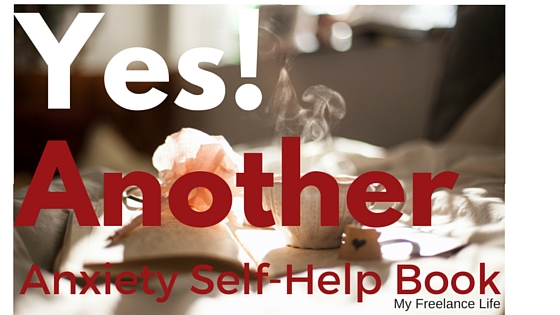 My cell phone with the bulky, pink cover was shaking a little in my hand. I was staring at my calendar app and crying.

I was 30 minutes late for a potential client consultation. It was someone I had connected with recently, and I was crazy excited to work with him.

I had woken up really early, went back to sleep a few hours later and overslept. I was in the middle of having a sinus infection, but the tears came any way.

Both the apology text, voicemail and e-mail went unanswered.

This has only happened maybe one other time, but I was completely devastated. My husband and online friends (yes, I posted my woes on Facebook and in a freelance writer’s accountability group) comforted me.

“If it was meant to happen, it would happen. Don’t worry about it. His loss.”

I was upset about a potential client consultation as though some guy had just dumped me.

Maybe a few of you would understand. I was sick and emotional and exhausted.

But the deeper reason behind my meltdown was pretty simple: I let my anxiety get the best of me.

The life of a freelancer (and really any one who owns a business) is full of “No”s. Rejection is so commonplace, you come to expect it. That’s what I tried to do in this case, but I had failed because of my generalized anxiety disorder (GAD).

I planned (and obsessed over) the call for weeks and now I had messed up. He was probably angry and never wanted to work with me, because I couldn’t even show up to an appointment.

You see where this is going.

A couple of days later, he replies. He was sorry that I wasn’t feeling well and to not worry about missing the call. We can reschedule at another time.

And that was it.

The response I should have been expecting was the last one I thought would happen. I assumed the worst possible scenario.

Instead of crying and moaning about this one potential client, I could have been doing any number of things: working on other client work, digging around for a similar client to pitch, or simply (oh, yes) wait for a response.

Situations like that and a chat with one of my favorite bloggers, Jenny Lawson, who suffers from depression and severe anxiety, prompted me to work on a book about entrepreneurs with anxiety. I’d like to focus on people who have been medically diagnosed or may be on medication. But I think on the wrong day, any one would have reacted like me.

Although I joke about it being “another self-help” book, I have only found maybe one that specifically focuses on anxiety with small business owners/freelancers.

So far, it’s ramblings about my day – the things I think about, how I process every element of my business. I’m probably going to structure it as such – start from morning to evening.

I’ll be chatting with therapists, psychiatrists and the like about proper coping mechanisms. Maybe there will be a notes section to add your thoughts.

I’ve gotten a lot of great feedback from folks, but it’s about time I put it right here on the blog for everyone to see. You know, accountability and all that.

Because I have an unhealthy obsession of being the next J.K. Rowling, I can’t give a hard release date. I’d like for it to be absolutely perfect before sending it out. Plus, I know I have a platform to bulk up if I actually want to sell more than a few copies. But then again, that’s probably just my anxiety talking.

I’ll be sharing others’ stories of how they manage their anxiety and run a successful business. If sharing your story is something you’re interested in, or you just want to follow me in my book-writing journey, sign up for e-mail updates, if you aren’t already on my list.

You’ll also be the first to know about a new blog post and get my book on how I used four writing pitches to get my first $1,000 in my business.

If all goes well, I will try to get to the editor searching stage in second or third quarter of 2016.  (Yikes, writing that down makes it sound like it’s right around the corner.)

What would you like to read in a book about entrepreneurs with anxiety? I’m open to pretty much anything.

8 thoughts on “Another Anxiety Self-Help Book? Yup. And I’m Going to Write It.”